Establishment of the Warsaw Gas Plant

Since early 19th century, numerous gas plants emerge in Europe, and city after city gets lighting. They utilise the invention of William Murdoch, who in 1792 was the first person to use gas produced from coal to light an apartment.

Warsaw is not in the avant-garde of industrial and technological changes. After the November uprising, the Tsar’s governor Iwan Paskiewicz introduces martial law in the so-called Kingdom of Poland, subordinated to Moscow, to be lifted no sooner than after the governor’s death in 1856. It is yet another impediment to the city’s development, all the more that Paskiewicz objects to gas installations for fear of intended explosions. In 1856, the city signs a contract with the German Continental Gas Company of Dessau, which sets up a gas plant at Ludna street. At the end of the year, the first street lamps light up in Warsaw.

The Gas Plant under the Tsar Ruling

Gas utilization in Warsaw develops very dynamically. As early as 1888, a second gas plant is established in the Wola district, connected with the Ludna plant by means of a more than 5 km long gas pipeline. The Gas Plant in Powiśle district was initially to be closed, and the entire production was to be transferred to Wola. However, the demand is so enormous that both plants operated side by side.

The gas plant in Wola not only develops rapidly, but also utilizes cutting-edge technologies. Early 20th century, it is one of the first ones in the world to utilize much more efficient vertical retort furnaces. The gas plant at Ludna street is also being modernised; similar solutions arrive there merely a year later. On the eve of the outbreak of World War I, both plants generate in total almost 300k cubic meters of gas.

The Gas Plant in the Interwar Poland

Both Warsaw gas plants survived WWI without any major damages. As a result of the war, Poland regains its independence, and Warsaw becomes a capital of a free state. Almost instantly, a conflict between municipal authorities and the German Continental Gas Company of Dessau begins. After 4 years of receivership, in 1925 the plants are transferred to the state, which transfers them to the city. In 1929, the heretofore owner finally waives any rights to the gas plants.

The Wola plant develops rapidly, and since mid-1920s it is already being modernised. It takes over the entire gas production to meet Warsaw’s demand, thanks to which, in 1930 the outdated and non-citizen-friendly gas plant in Powiśle gets shut down. In the same year, a modern Glover-West furnace arrives in Wola, a very efficient one, capable of producing non-stop, which requires less than 50% staff needed to operate the older facilities. Transmission network keeps developing as well, and the number of individual consumers keeps rising.

The Gas Plant under Occupation

The gas plant, bombed in September 1939, has been heavily damaged. It is the transmission network that has been affected the most. After the Germans had entered Warsaw, the plant got in their hands. They decide, however, not to repair all the damages, because, as a consequence of the occupant’s policy, Warsaw has a much lower gas demand than before the war. The gas plant becomes a German strategic plant, which gives also its Polish staff quite some opportunities to organise conspiracy.

During the Warsaw Uprising, the gas plant, cut off from the areas seized by the uprising forces, becomes a shelter for locals, fleeing the butchery of Wola civilians. When Germans demand that Poles vacate the premises of the plant, one manages to persuade them that, to keep it operational, Polish presence is not only essential, but also demanded by the occupying authorities. The gas plant gets shut down on 22 September 1944.

Repair of war damages suffered by the Warsaw Gas Plant is highly complicated, and takes a few years. It is especially problematic to restore ceramic elements of the Glover-West furnace facility. Re-launching gas deliveries for the city in ruins is one of priorities of Warsaw authorities, therefore not only the gas plant itself, but also the transmission network are being repaired. Since 1950, the plant has already been operating at its full capacity, hence it has been able to meet an increasing gas demand. For that reason also, in 1959 the facility is extended, and has one more furnace facility.

At the same time, the market of raw materials changes – a more efficient natural gas reaches Warsaw. The gradually ousted coal gas has no longer been produced since 1970. Soon after, the entire Warsaw utilises natural gas. This, however, requires a massive remodelling of burners in consumer devices, as the heretofore equipment is no longer capable of operating with use of material of different parameters.

Annual energy consumption
in the world, given in terawatt hours 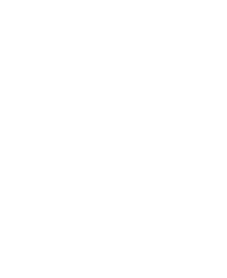